JOSHI FOUNDATION HOLDS ROUND TABLE CONFERENCE AGAINST DRUGS AT MOHALI

To save the youngsters from drugs the family, society and then government will have to make concerted joints efforts and fulfill their responsibilities. The parents should create a drug-free atmosphere at their homes and spend maximum time with their children. Children’s companionship and their habits should be watched closely. If a relative or someone known to the family gives not –so-pleasing information about your child, you should take it in a constructive manner. The need of hour is to re-introduce societal policing as the people in society can play an important role in helping create a drug free Punjab albeit on the condition that society and government gives them due credit.

These facts came to fore during the round table conference of Joshi Foundation held at the Forest Bhawan. BJP’s senior leader and Rajya Sabha MP Mr Avinash Rai Khanna, SGPC member and chairperson Punjab State Women Commission Mrs Paramjit Kaur Landran and Joshi Foundation’s chairman and Punjab government’s assistant media advisor Mr Vineet Joshi and 12 other dignitaries led this event. Speaking at the event Mr Khanna said that today drugs have emerged as major challenge for the Punjab, country and whole of the world. He added that when the family, society and government was being held responsible for it, all the four should get together and wage a battle against  the addiction. He added that the law alone could not do anything. Societal wakening is needed to slain the monster of drugs.

Starting the conference Vineet Joshi said that the debate was raging about the number of youngsters caught in clutches of drugs. A faction says that drug addiction has spread wide amongst youngsters, while the other faction says that it’s a conspiracy to defame Punjab, whereas none of the factions has any validated data to rely on. “As a matter of fact, the drug addiction is spread widely in all parts of India bet it be Chandigarh, Punjab, Haryana, Delhi, Uttar Pradesh or any other state. The only difference is that in Punjab, it has become a burning issue,” he said. Instead of blaming each other all of us should focus on eradicating the evil of society, Joshi added. The Joshi Foundation has already created an awareness on the issue by holding events at Chandigarh, Pathankot, Nawanshahr, Amritsar, Hoshiarpur, Batala, Ludhiana, Jaito, Jira in around 30 cities.

The MP Rajya Sabha Mr Avinash Rai Khanna and Union Minister Mr Vijay Sampla are associated with Joshi Foundation as it’s ambassadors. But this fight is not alone of Joshi Foundation or Sampla and Khanna, it is a battle of nation, of society of Punjab. Joshi advocated treating drug addicts like patients and not like criminals.

Bibi Paramjit Kaur Landran, the chairperson Punjab State Women Commission, said that in the 80 percent cases received at commission, drug addiction is the main cause of feud. She said that the eminent end put to joint families and children getting isolated from their parents and families were main causes of drug addiction. She added that the Paying Guest culture was proving detrimental to the society as in absence of parents children were falling easy prey to drug addiction.

Owner of the Grecian Hospital Mohali Dr Shivpreet Samra said that the addiction was not only restricted to Punjab. The people who had srong will can easily leave drugs and set an examples for other to follow. Chairman of the Rayat and Bahra Group of Institutes Mr Gurvinder Singh Bahra said that weak parents and crumbling families were the prime cause of concern for the children falling into addiction trap. He said that the students should be admitted to college hostels instead of PGs where there is no check on them. Dr B S Chandok said that parents should spend their maximum time with children. He said that the private de-addiction center should be closed. Vice-chairman of Doaba Group of Colleges and PUTIA office bearer Manjit Singh said presently 4 lacs children were studying in private technical colleges who should be given awakening against drugs.

Industrialist Dr Ashok Gupta said that children should be emotionally strong. Instead of stressing on their IQ, parents should also lay emphasis on their emotional quotient. Dr Akhil from Silver Oaks Hospital said that the family /was largely responsible for the wreck an addict faced. Retired SP Paramjit Singh Babbal said that increase in job opportunities can put an end to drug addiction. Social worker SS Walia said that the well-to-do families were selling their lands and sending their  children to stay in PGs which created problems. Gurdeep Singh Atwal, Er SD Arora, Harjit Singh Bhullar, RB Singh, Shaminder Singh, Karam Singh Mavi, Sukhdeep Singh and others spoek at the event. 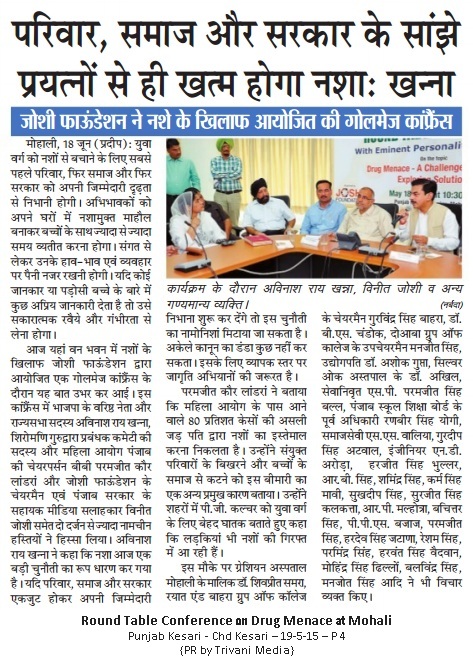 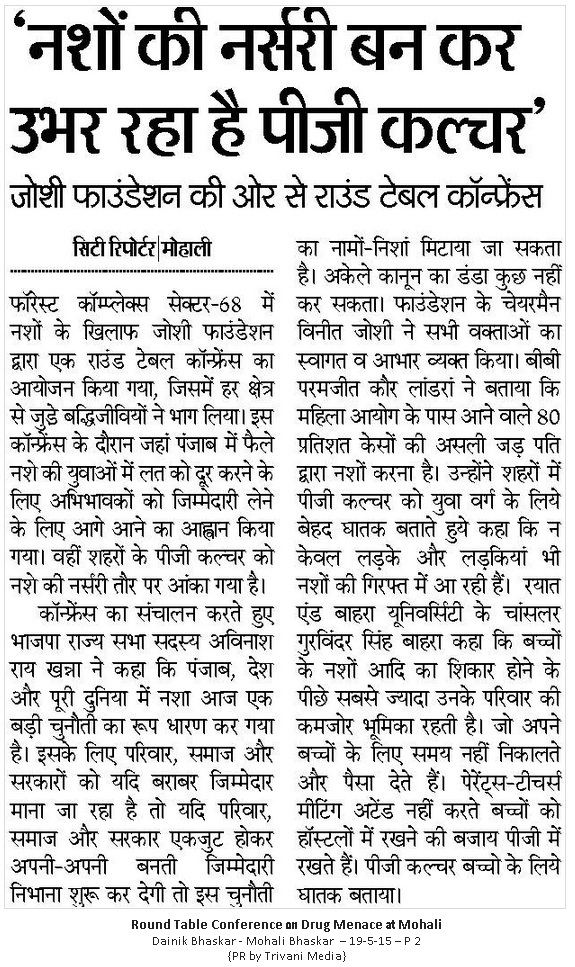 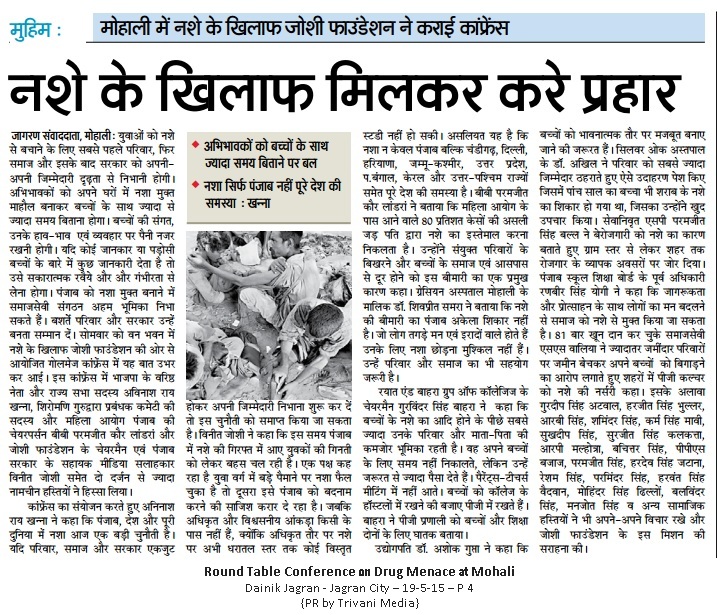 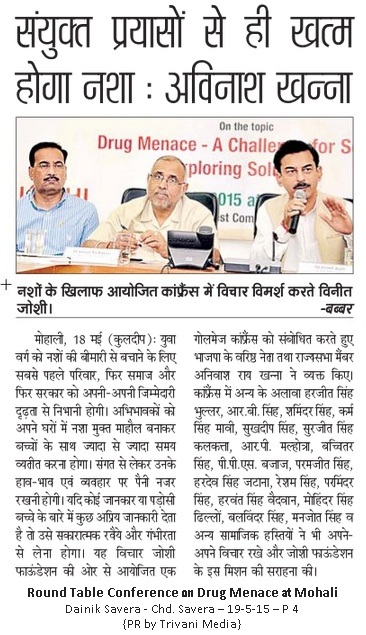 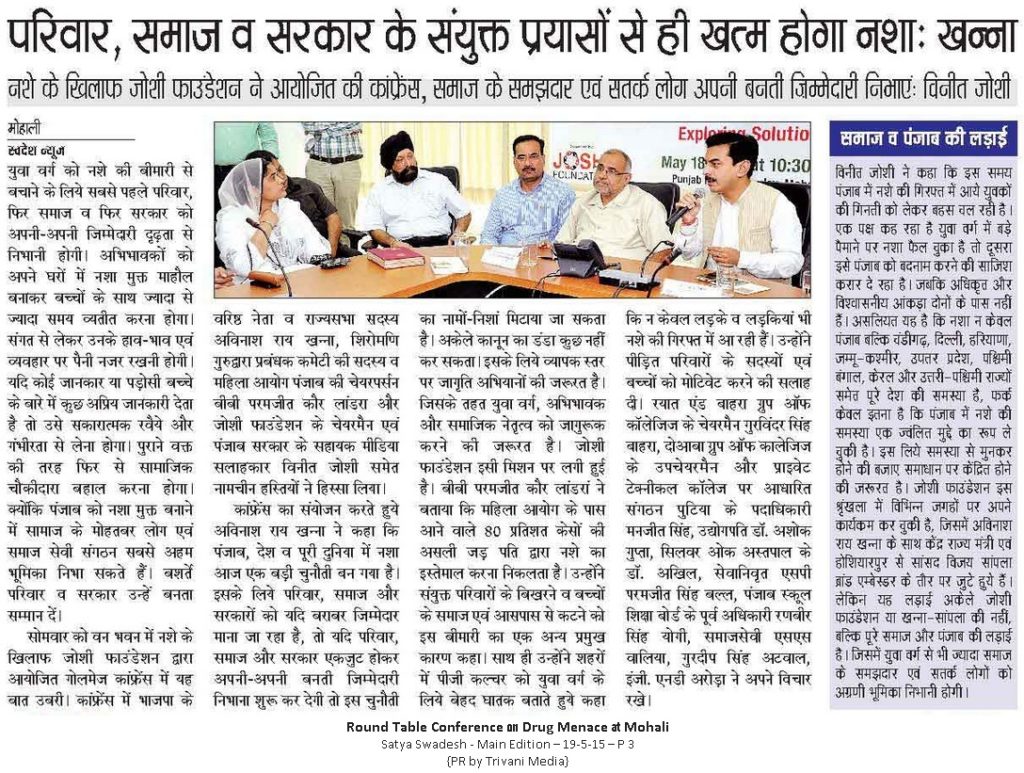 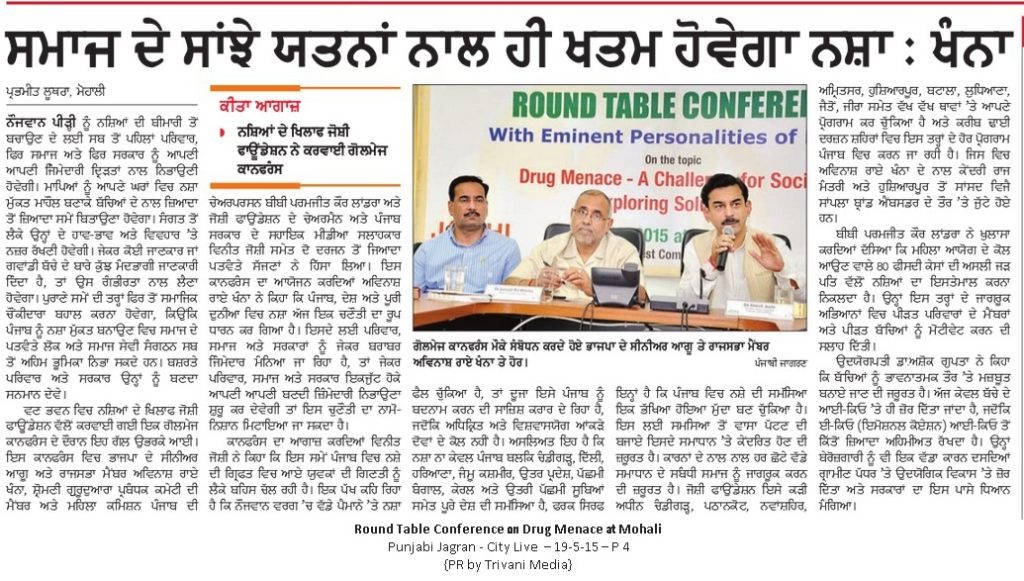 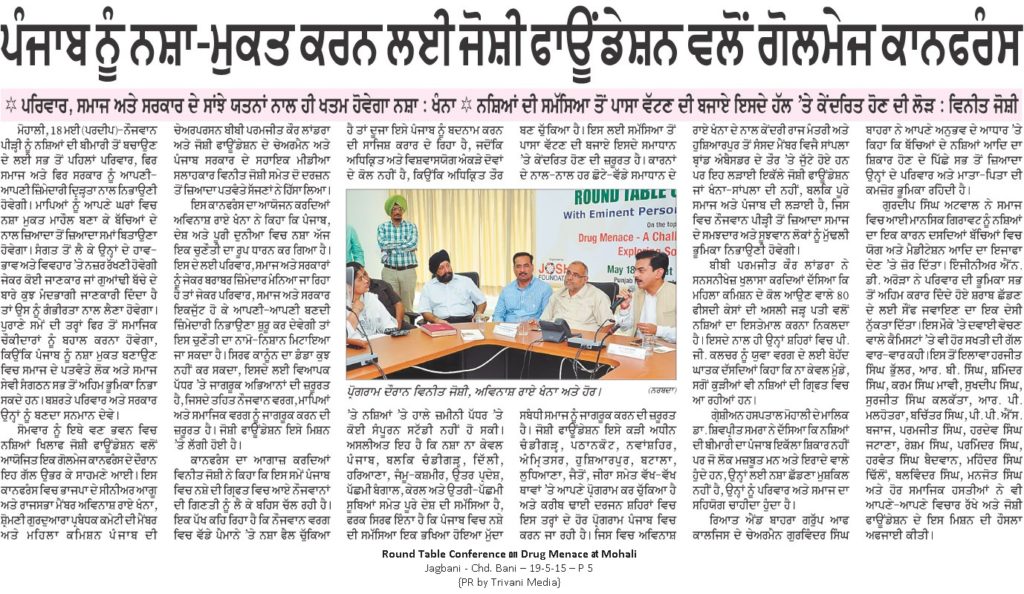 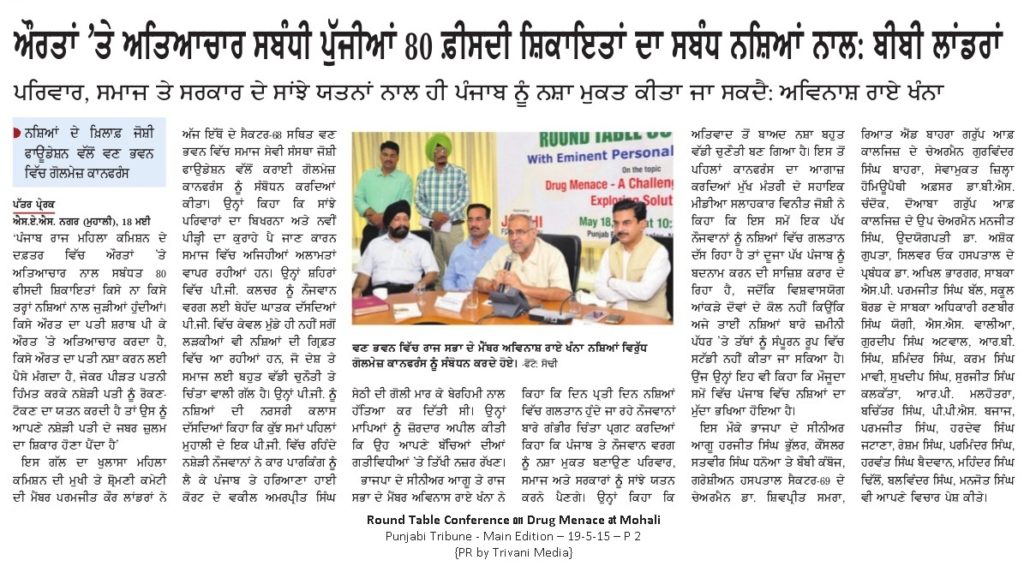 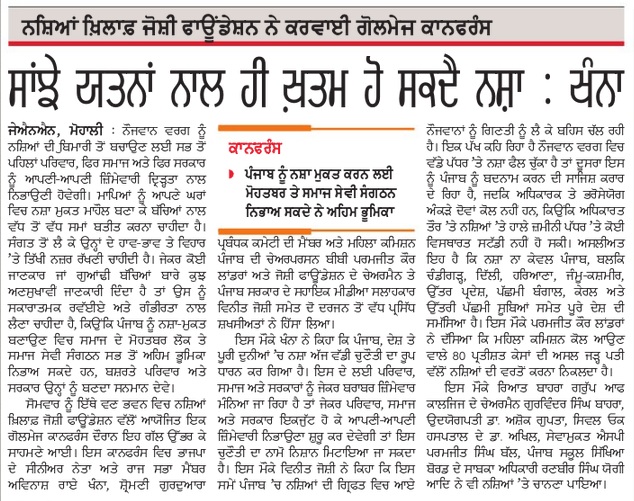 0 0 0 0 0
Previous : Joint efforts of family, society and Government can ensure eradication of Drug Menace
Next : Dasuya Meeting Regarding Drugs Issue