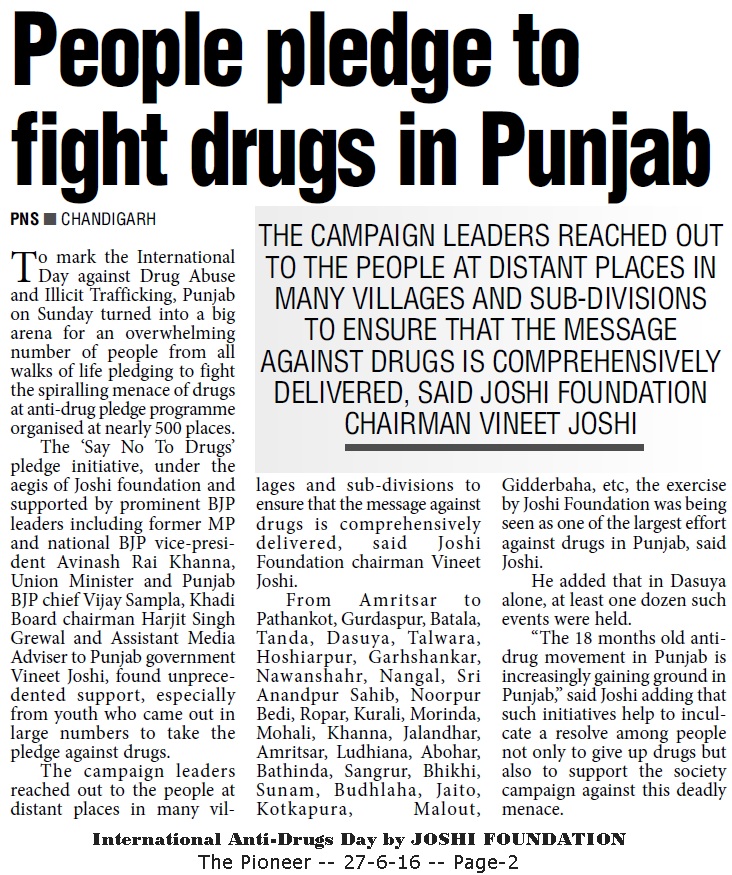 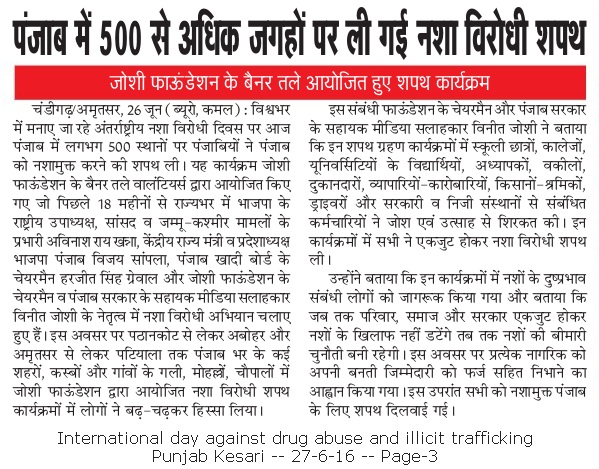 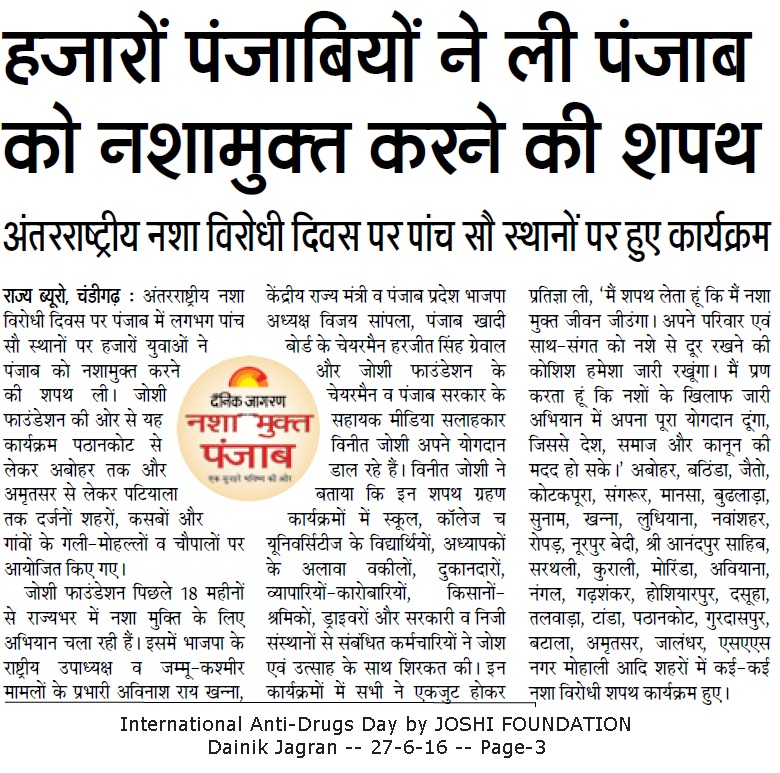 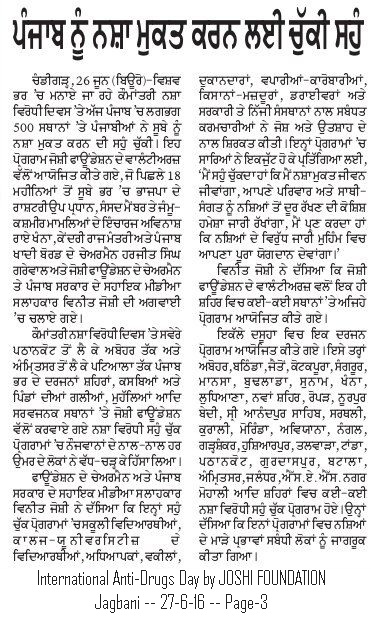 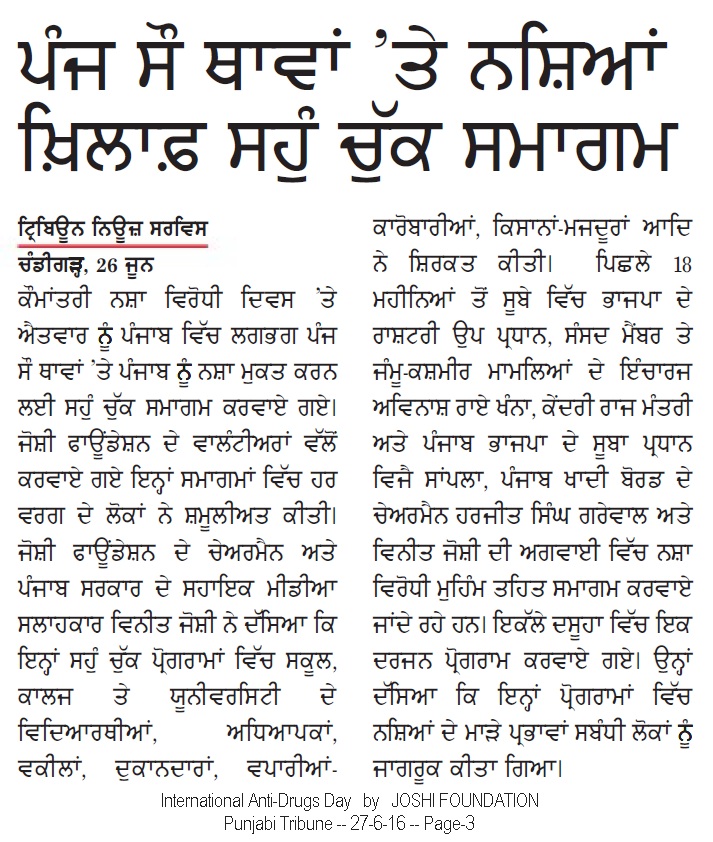 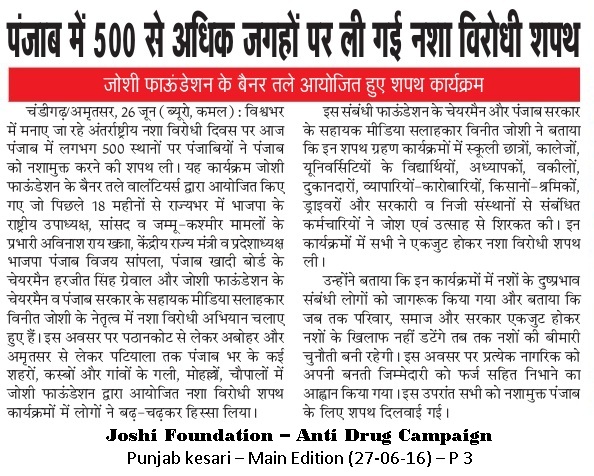 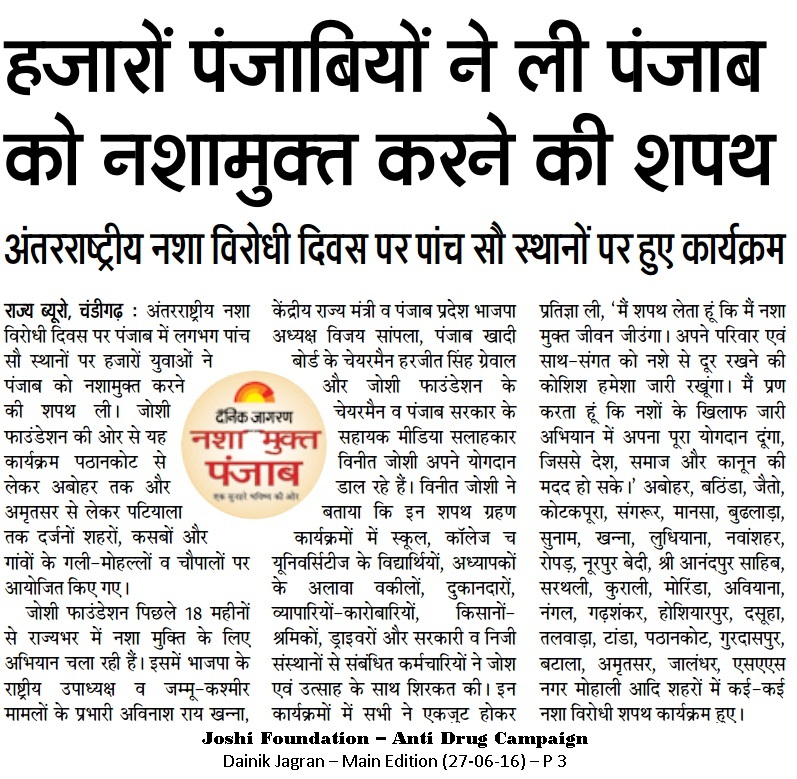 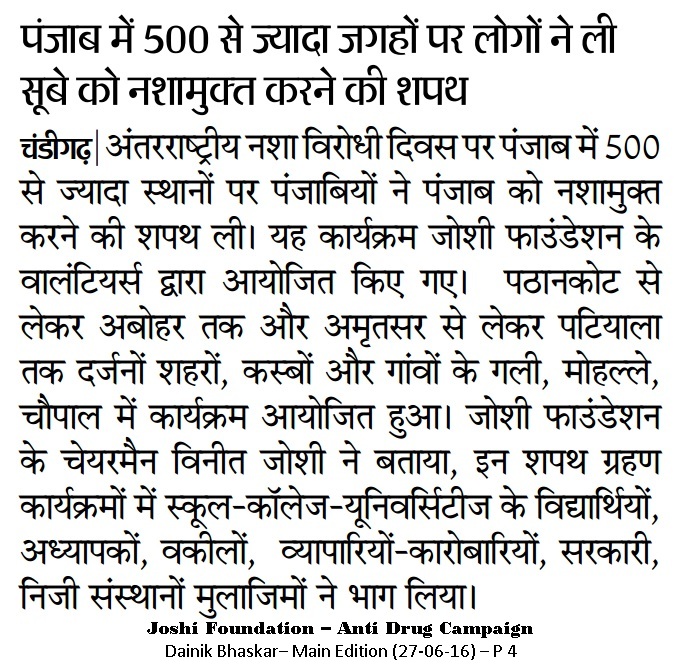 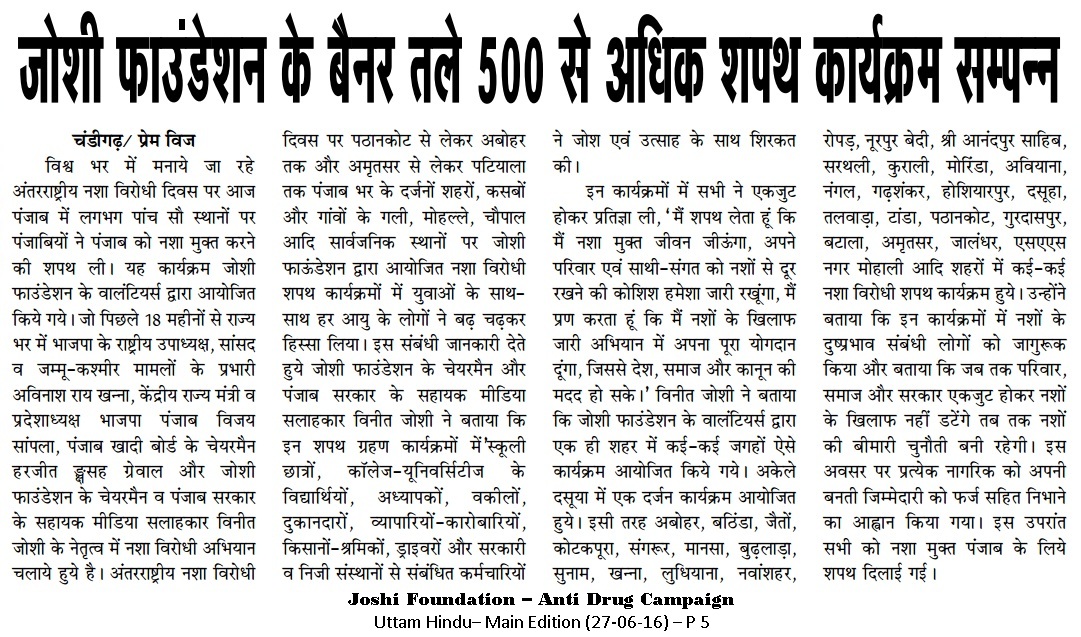 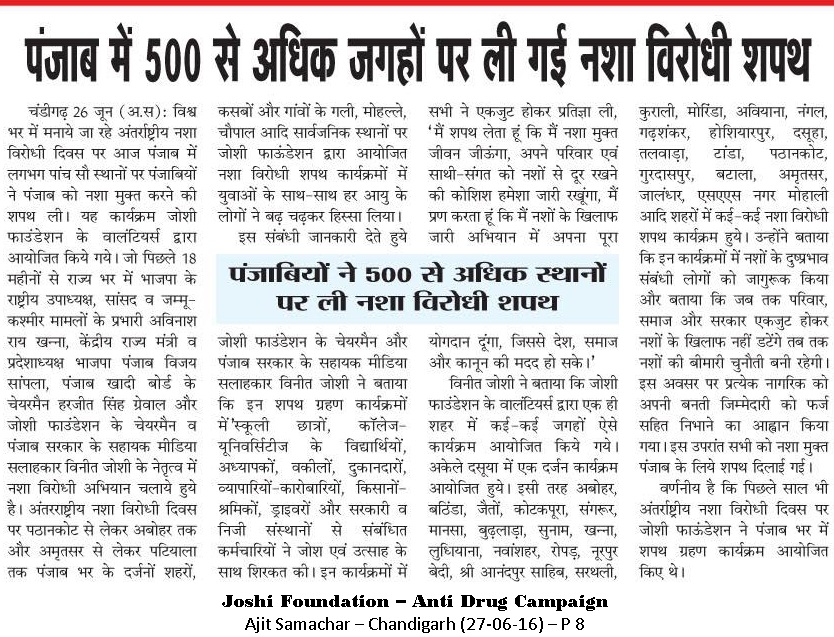 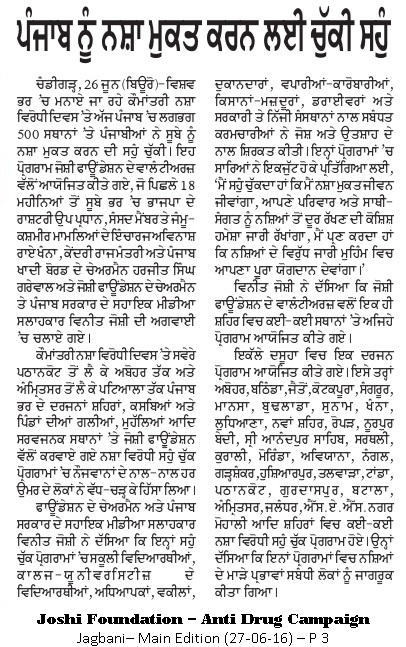 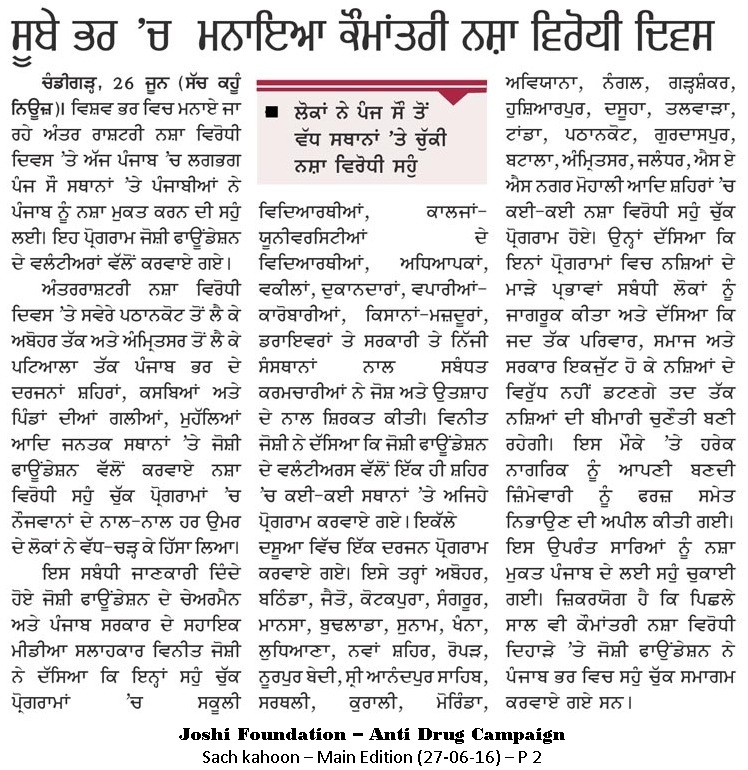 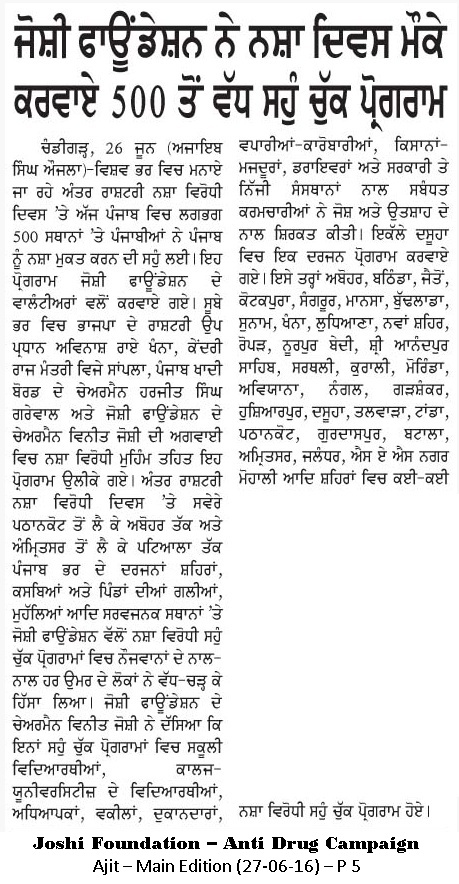 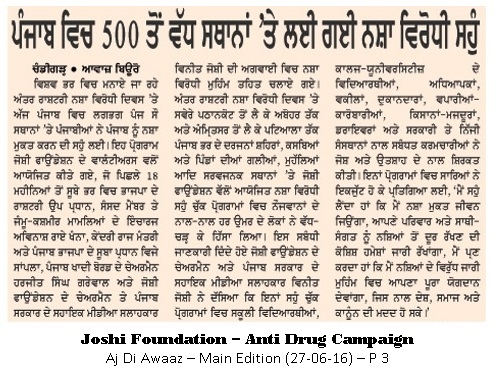 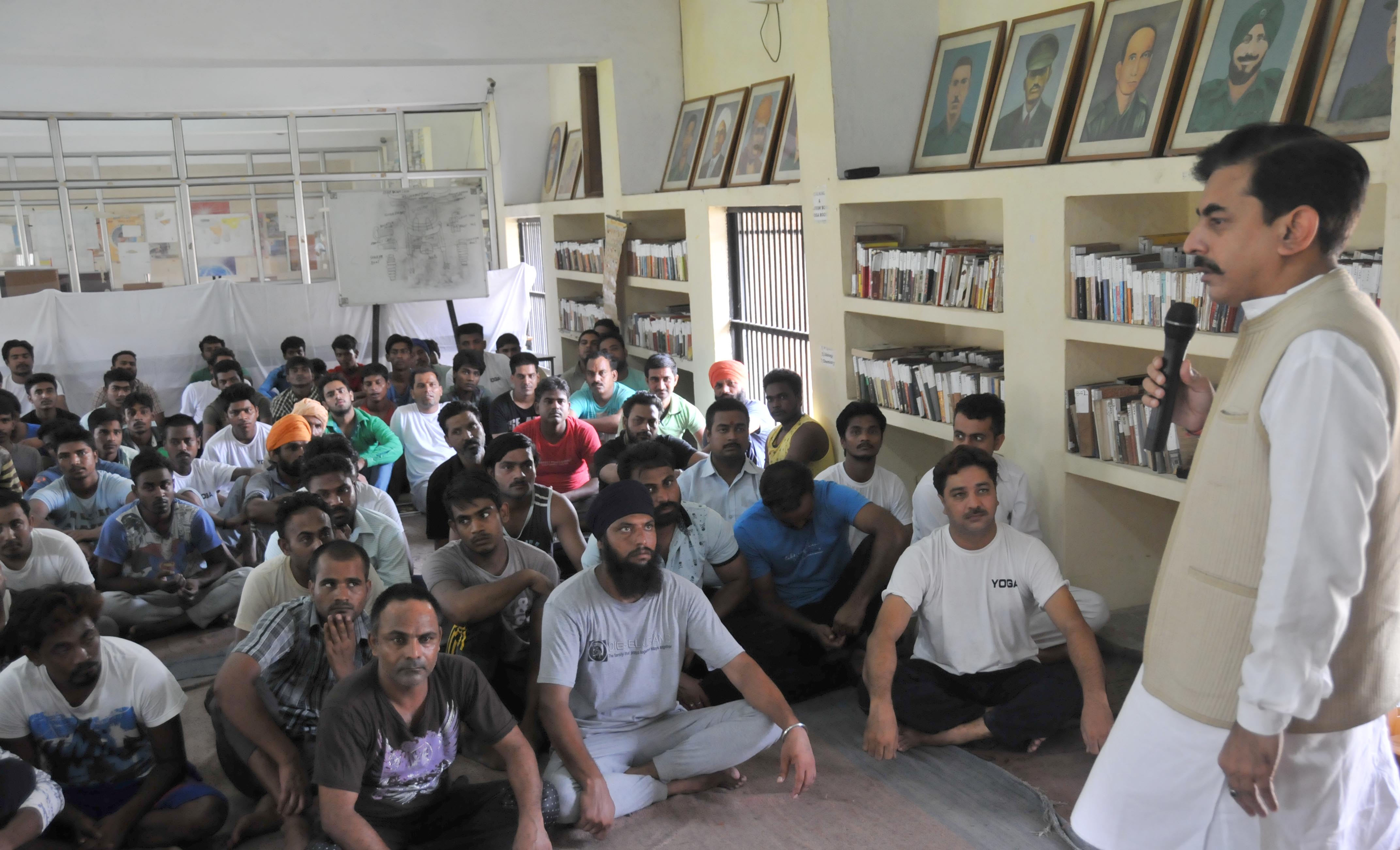 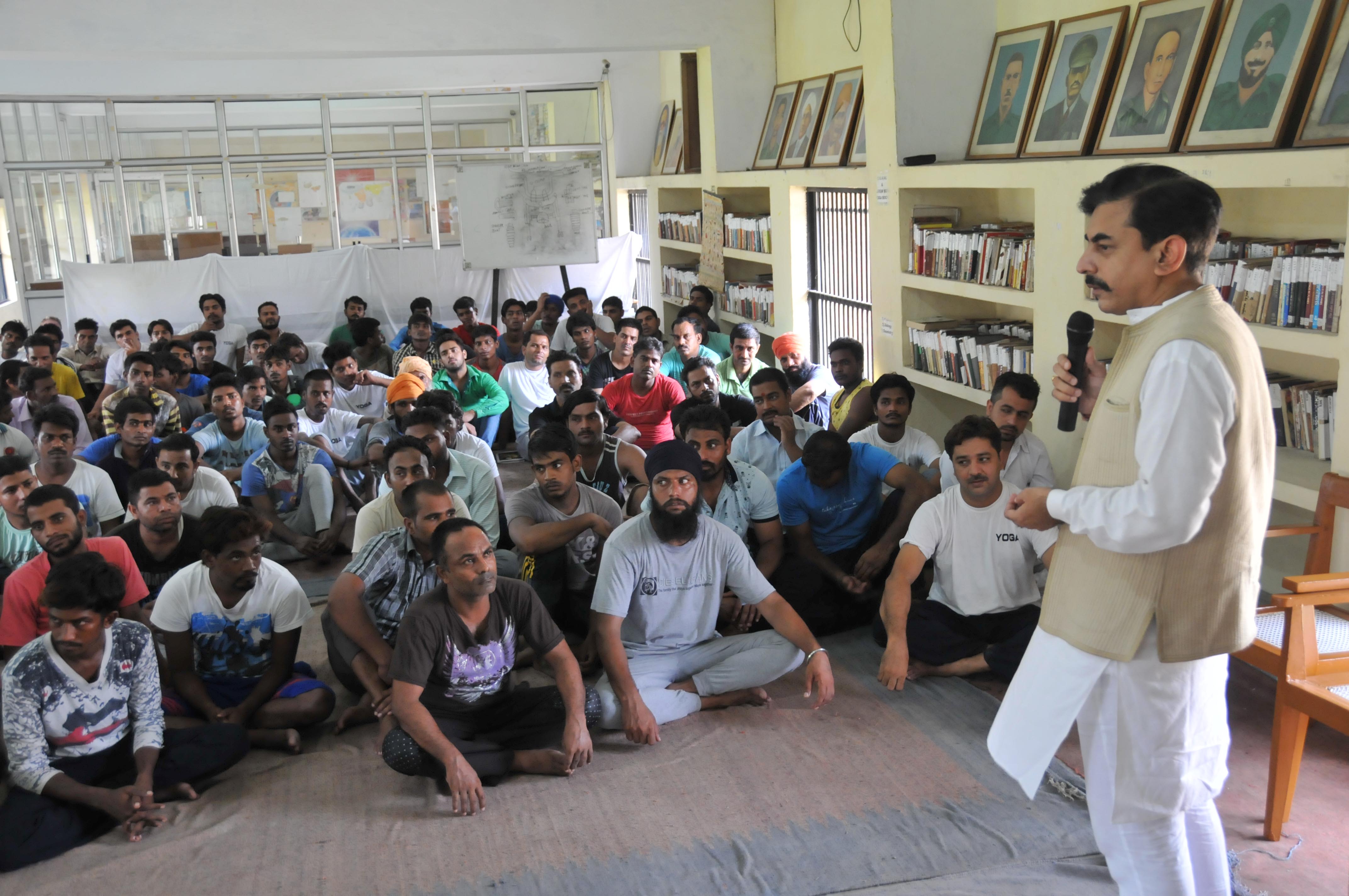 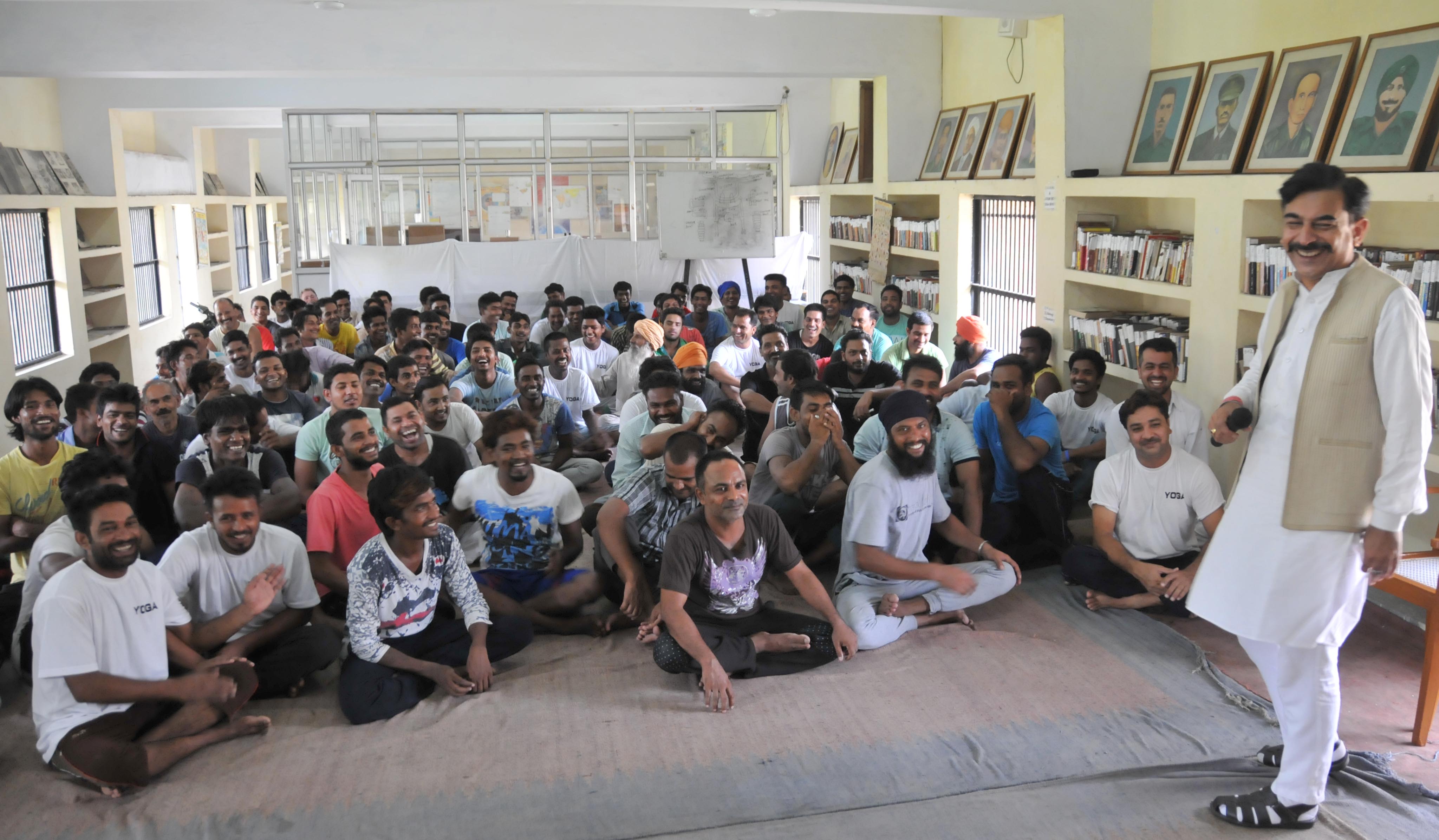 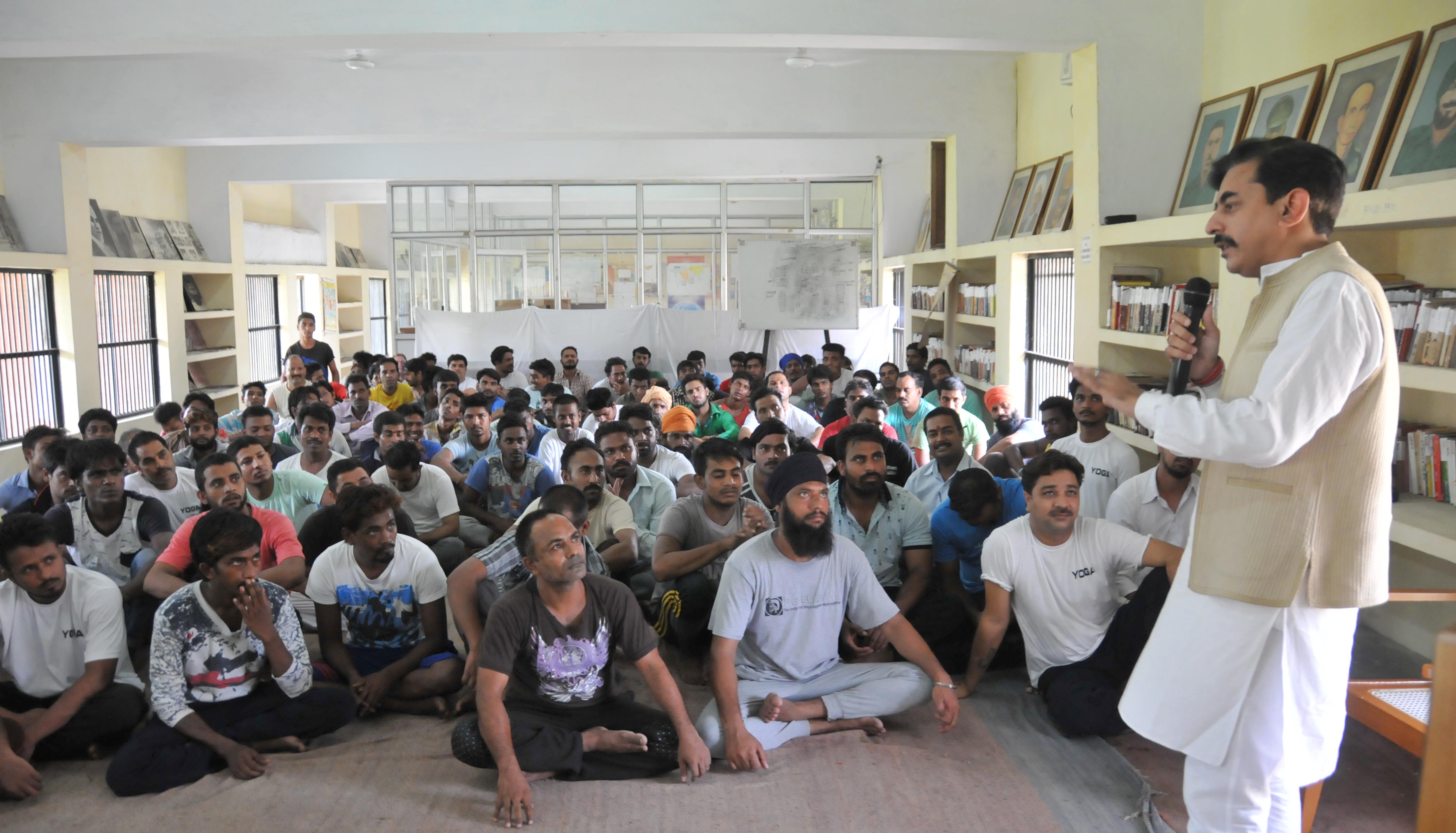 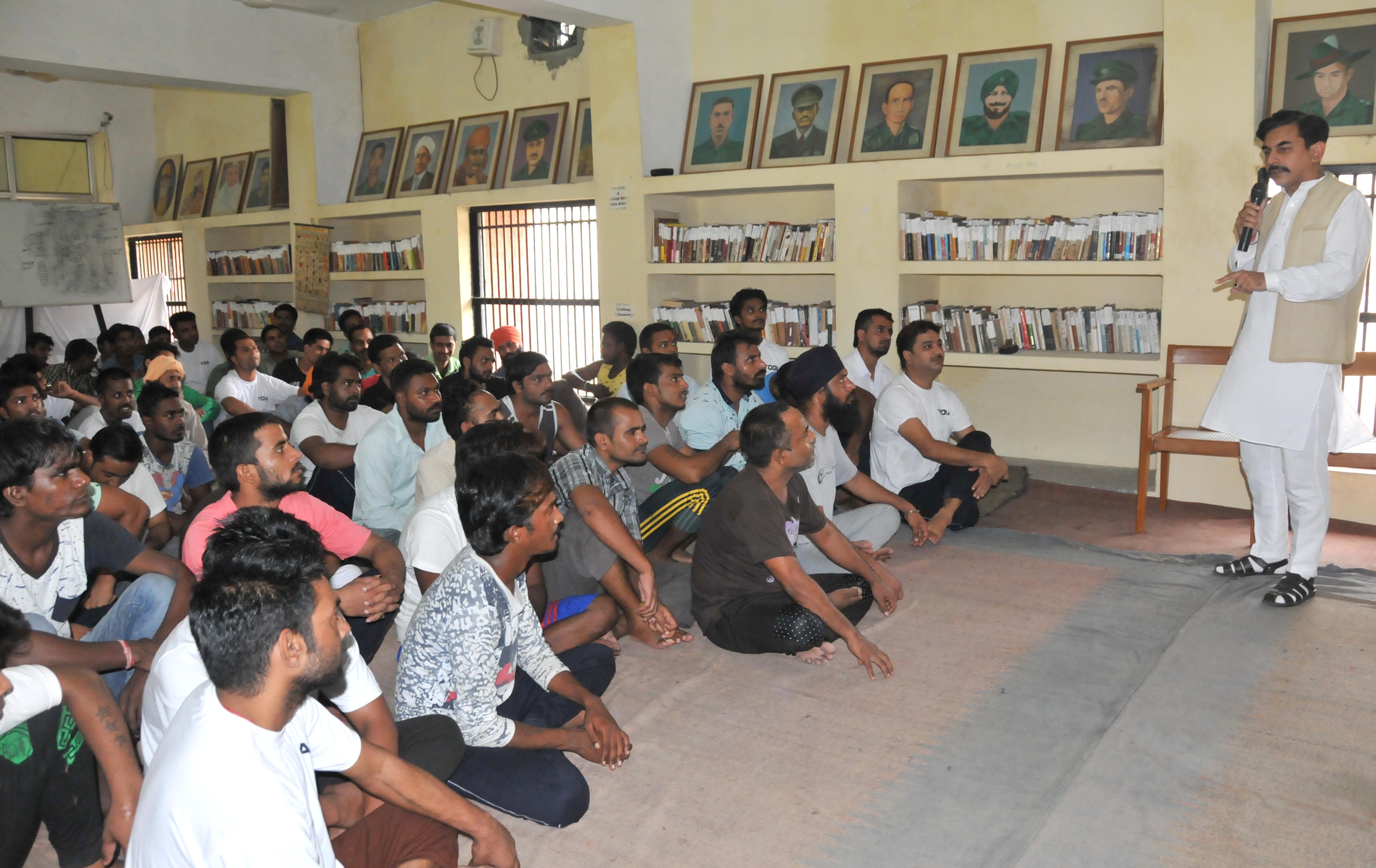 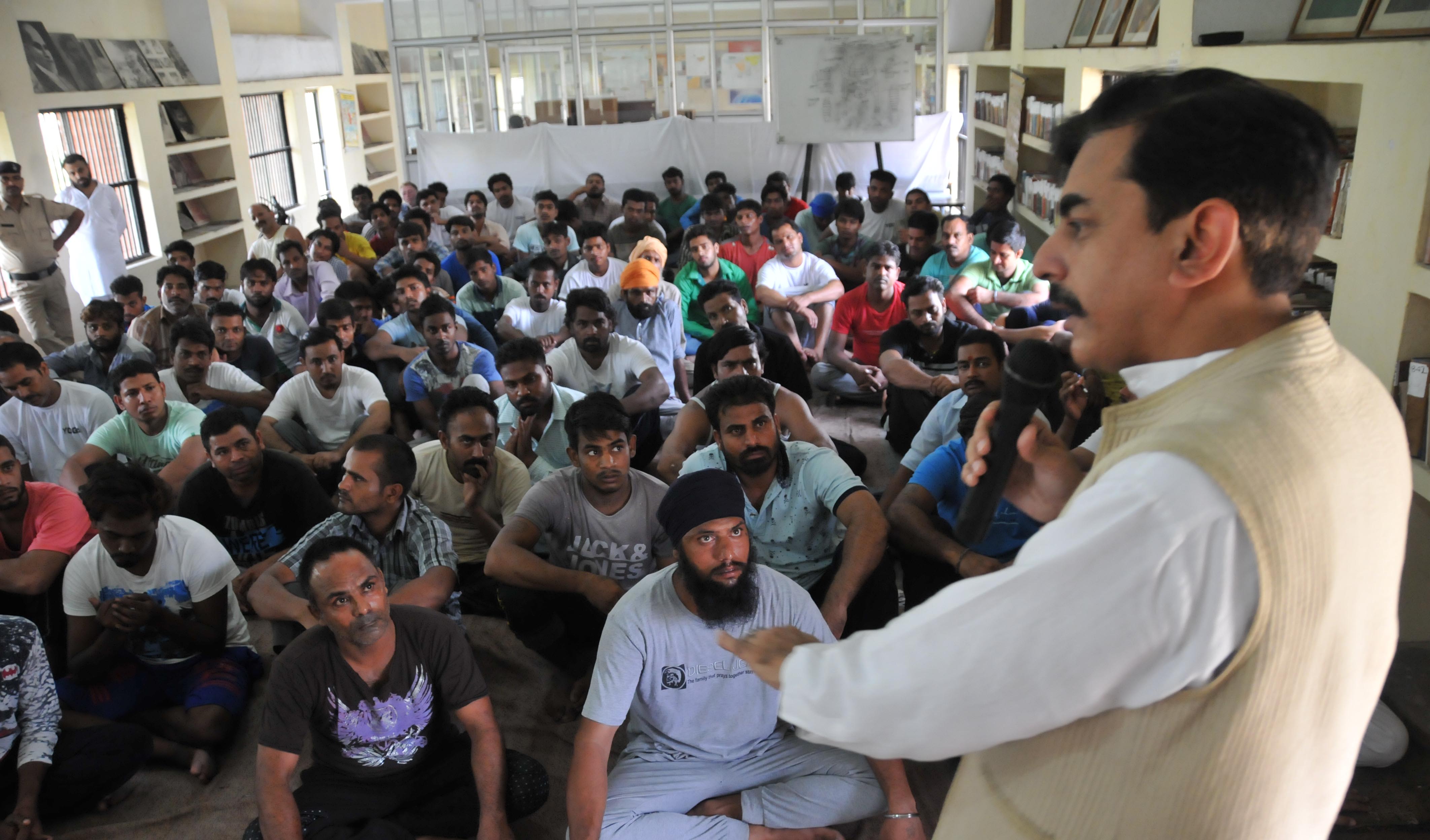 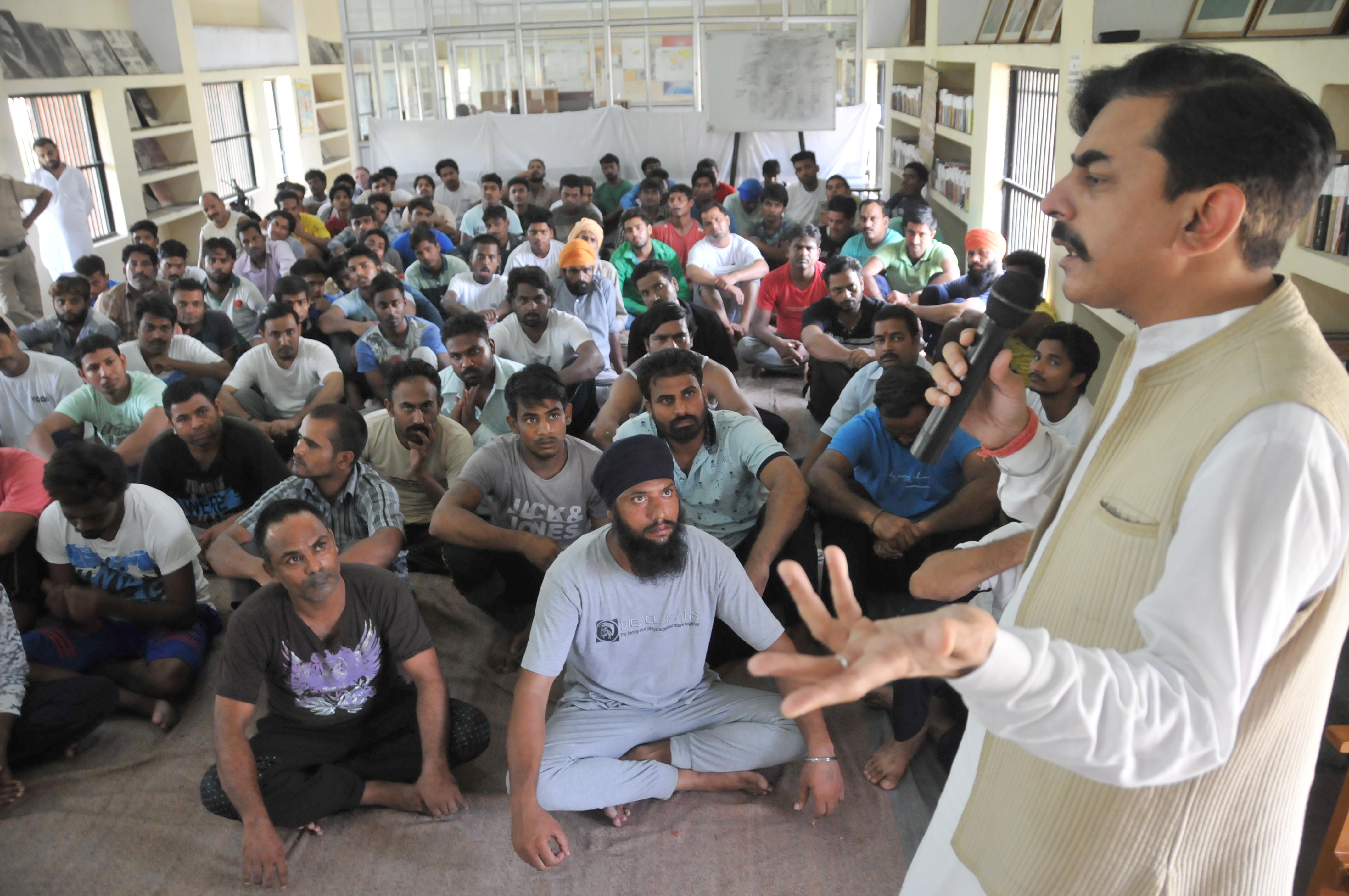 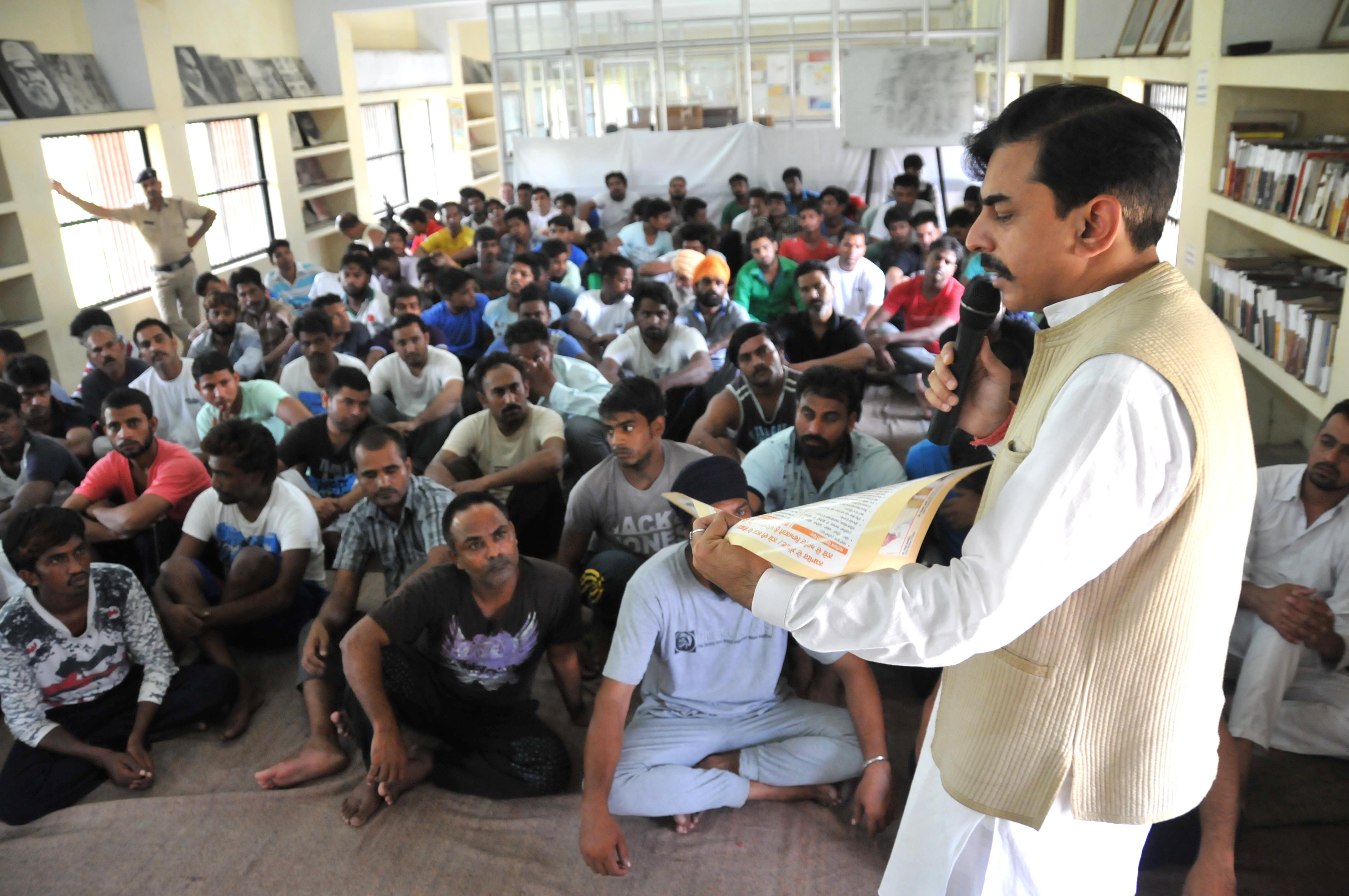 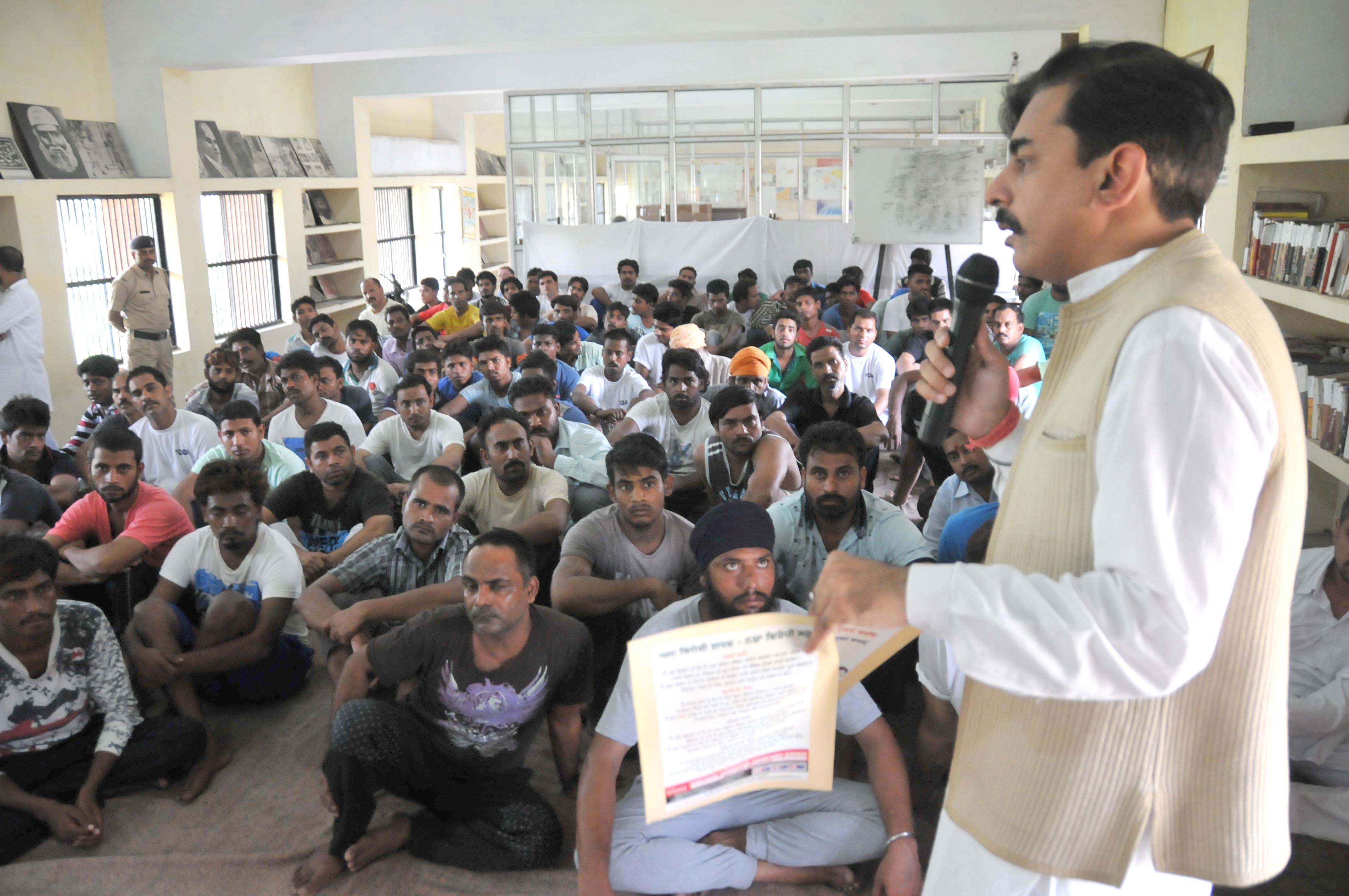 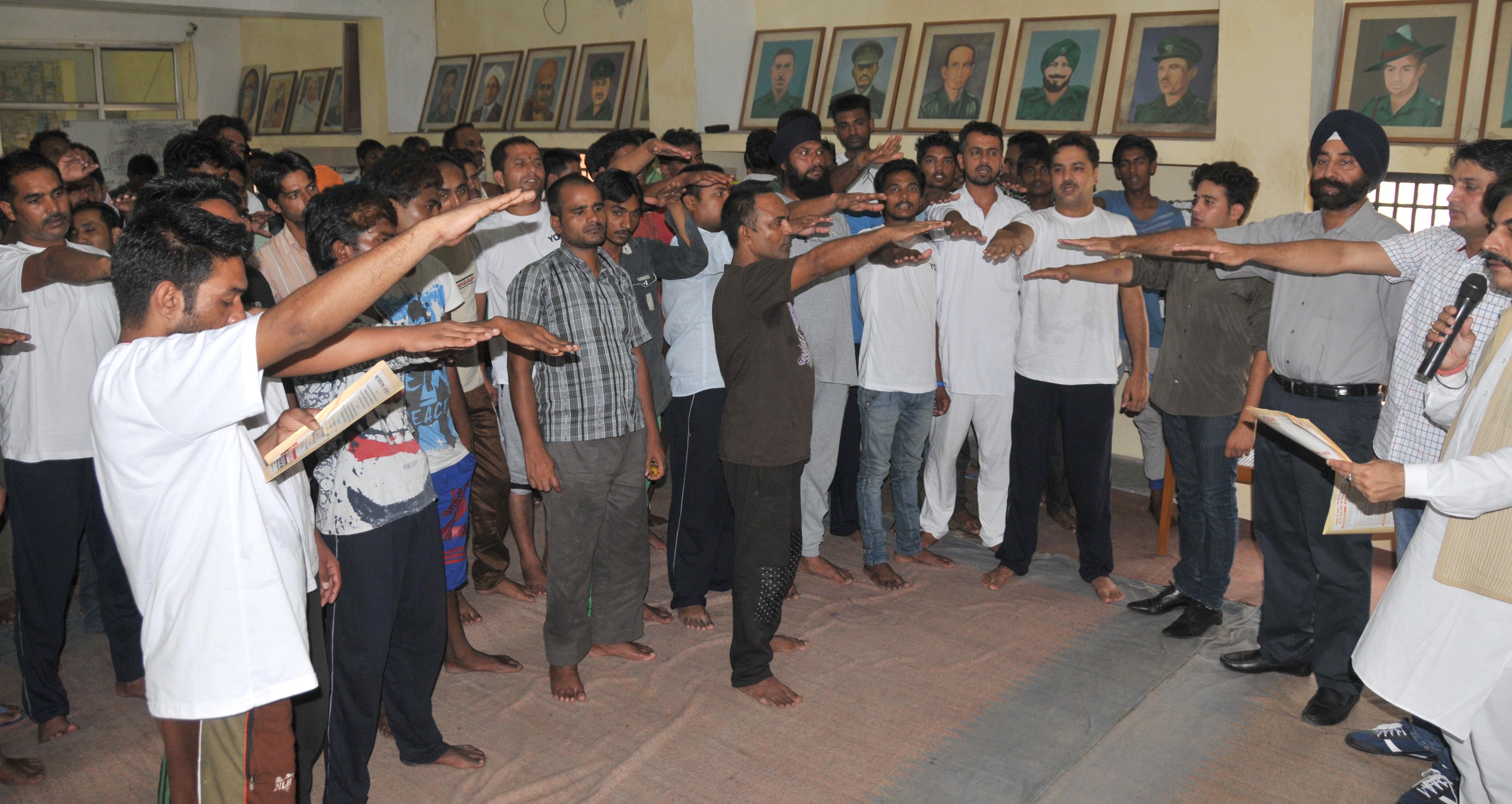 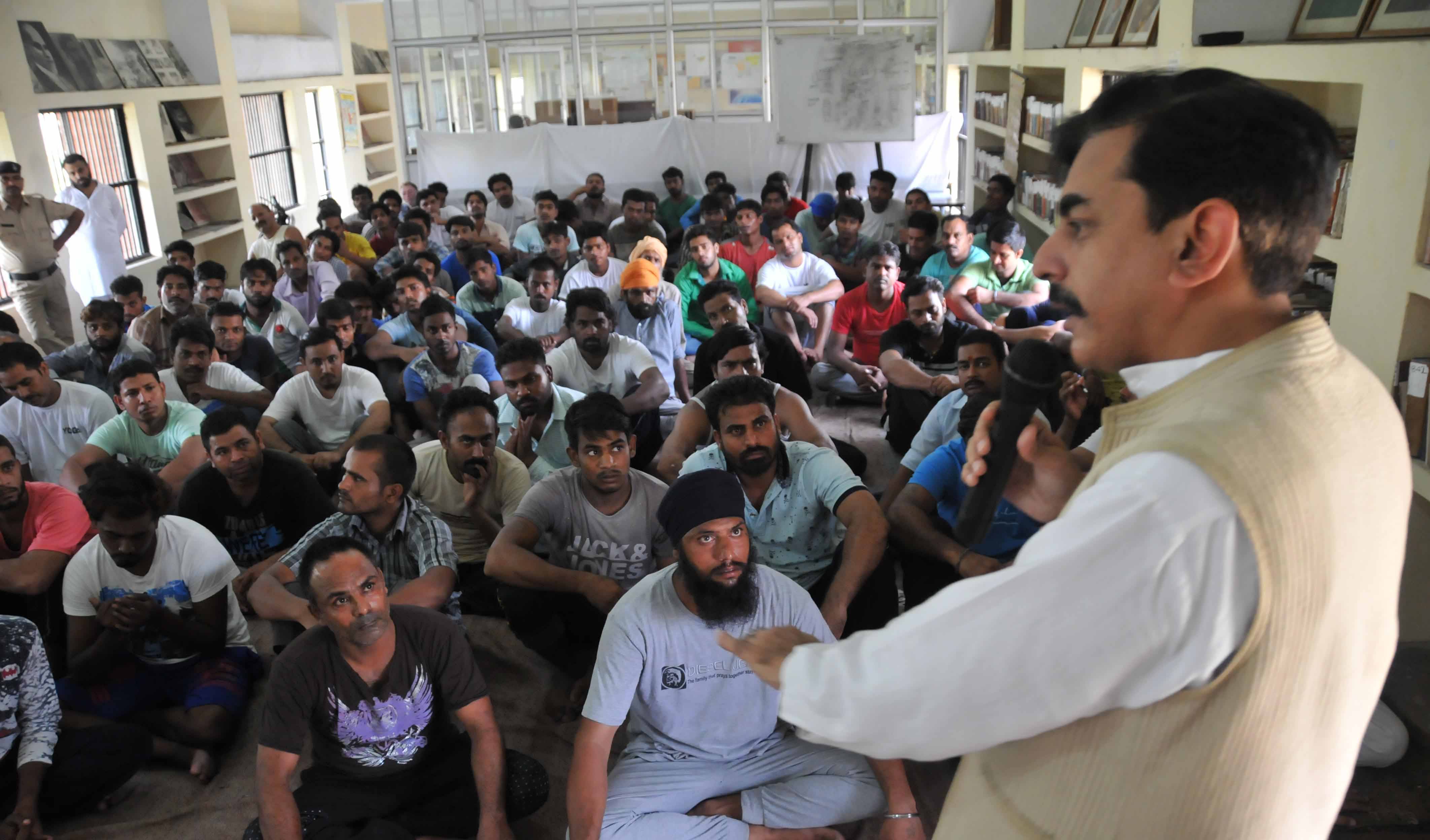 Punjab on Sunday turned into an big arena for an overwhelming number of people from all walks of life pledging to fight the spiraling menace of drugs at anti drug pledge program organizes by Joshi Foundation to mark the International day against drug abuse and illicit trafficking.

Mass pledge against drugs by people was a common feature today at nearly 500 places in this border state. The ‘say no to drugs’ pledge initiative under the aegis of Joshi foundation and supported by prominent BJP leaders including Ex MP and national BJP vice-president Avinash Rai Khanna, Union Minister Vijay Sampla, Harjit Singh Grewal, Chairman Khadi Board and assistant media adviser to Punjab government Vineet Joshi, found unprecedented support, especially from youth who came out in large numbers to take the pledge against drugs.

The campaign leaders reached out to people at distant places in many villages and sub-divisions to ensure that the message against drugs is comprehensively delivered, said joshi.

The day long drive culminated with a seminar in Abohar where members of the civil society led by Subhash Gupta actively participated. The eighteen month old anti-drug movement in Punjab is increasingly gaining ground in Punjab, Joshi foundation chairman Vineet Joshi said, adding that such initiatives helps inculcate a resolve among people not only to give up drugs but also to support the society campaign against this deadly menace.