Urges PM to issue advisory and CMs to issue notification 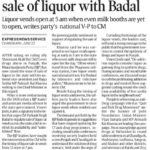 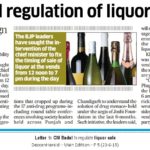 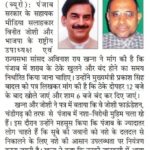 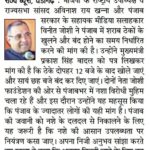 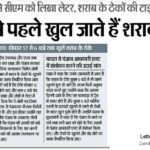 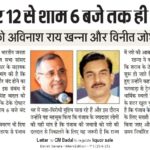 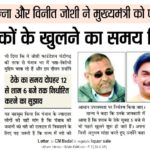 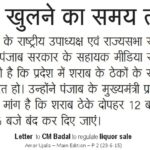 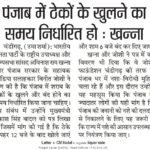 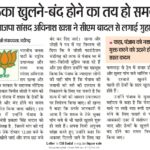 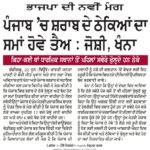 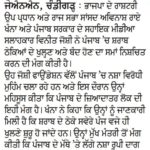 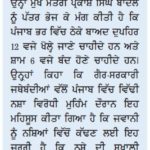 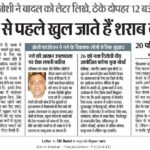 Stepping up the crusade against drug abuse, Bharatiya Janta Party  Member of Parliament from Punjab, Avinash Rai Khanna, has written to Prime Minister and all Chief Ministers of states urging them to declare June 26 as a Dry Day.

On June 26- which is observed as the International Day against Drug Abuse and Illicit Trafficking as established by the United Nations General Assembly in 1987- the sale of liquor across all vends in the country may be prohibited, the MP wrote.

The communique by Avinash Rai Khanna to Prime Minister Sh Narendra Modi seeks an advisory of sorts to request heads of all states and union territories to declare June 26 as a dry day to spread awareness about the menace and to ‘take a stand against a problem that affects all’.

Significantly, Avinash Rai Khanna has also suggested that the Prime Minister inspires people to act against drug abuse through the medium of the widely appreciated program ‘Mann ki Baat’ that connects the heart of every person.

The BJP MP, who has been recently appointed in the core team of the BJP as the national vice-president of the party, has also communicated these sentiments to party national president BJP Sh Amit Shah and National General Secretary (Organization), Sh Ramlal.

Khanna said he has even written separate letters in this regards to all CM of states, irrespective of which party is in power in that state. “A synergy of efforts has to generated if desired results against drug abuse are to be achieved expeditiously,” Khanna said today.

Just like the tremendous success of initiative by the PM to celebrate the International Yoga Day, this decision to mark June 26 as a dry day in the country will be another step towards the mission of ‘Healthy India,’ he wrote.

Khanna in his letters has highlighted the ground realities and the connect he and his BJP colleagues have been able to generate with the masses in Punjab since December 2014 when they started to spearhead a robust anti-drug campaign under the aegis of Joshi Foundation.

0 0 0 0 0
Previous : PUNJABIS TO TAKE OATH AGAINST DRUGS ON JUNE 26
Next : International day against drug abuse and illicit trafficking.