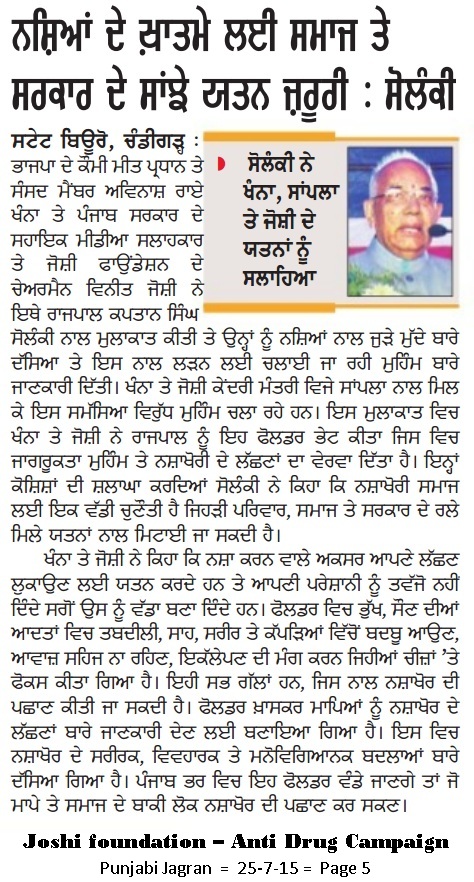 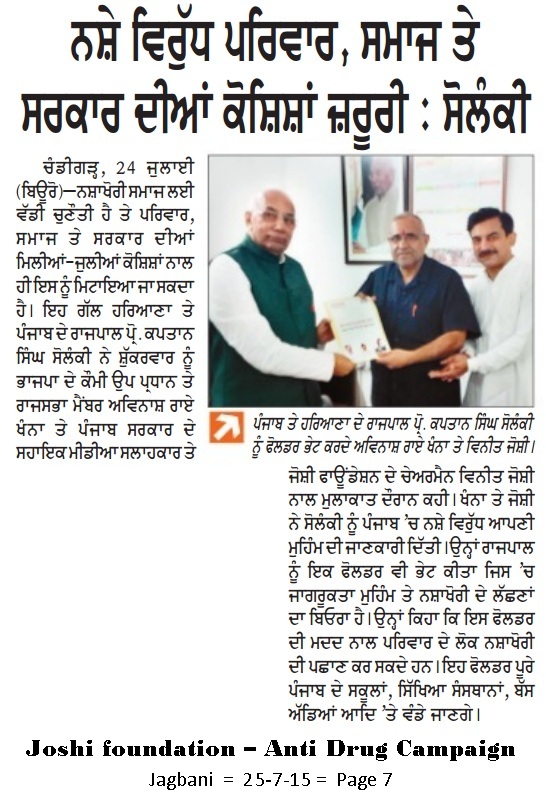 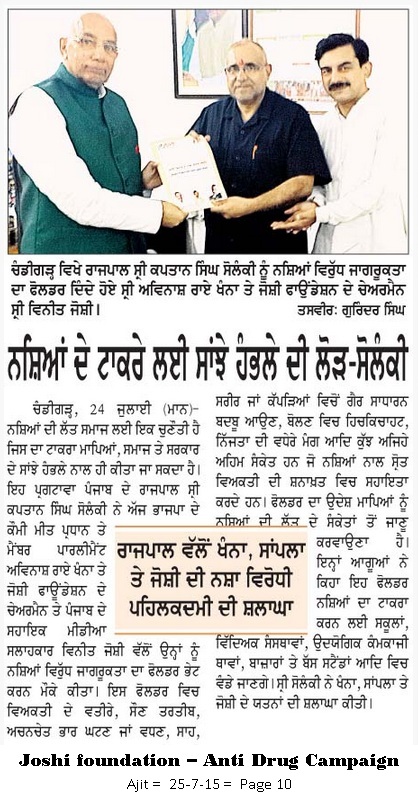 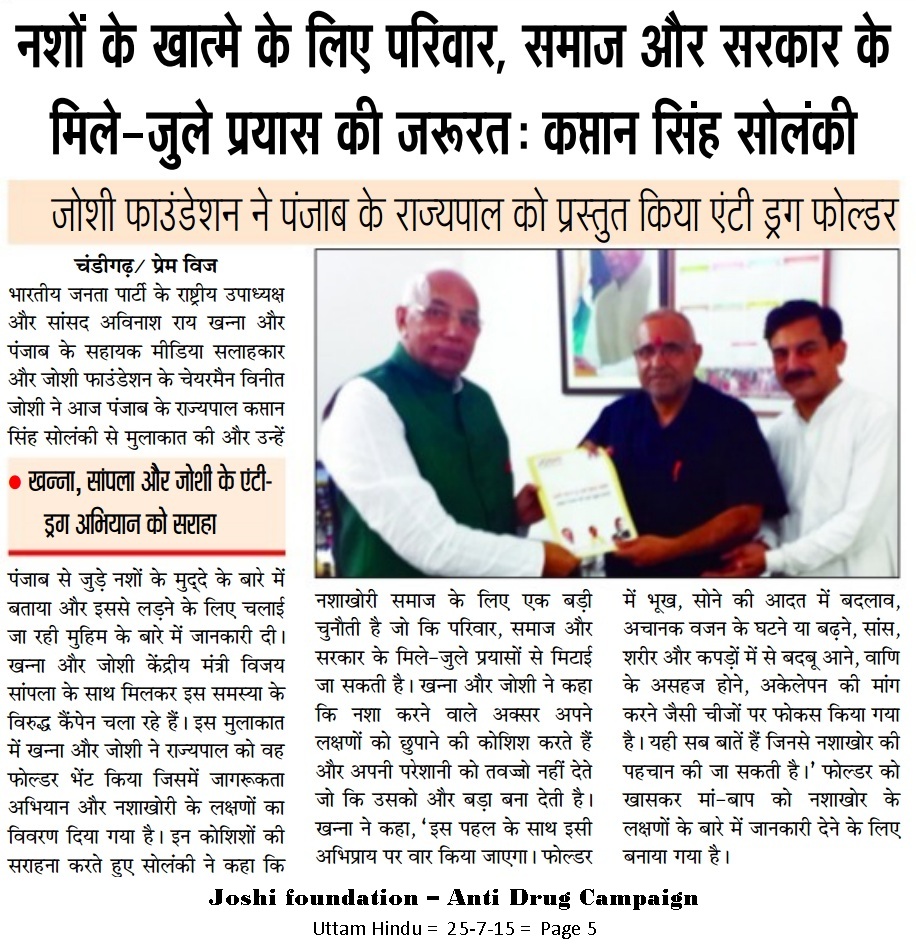 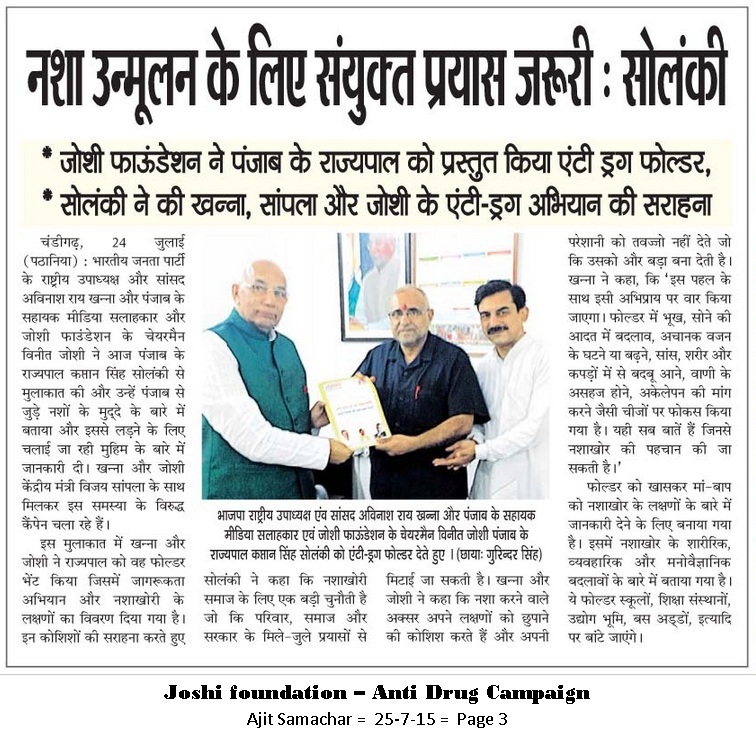 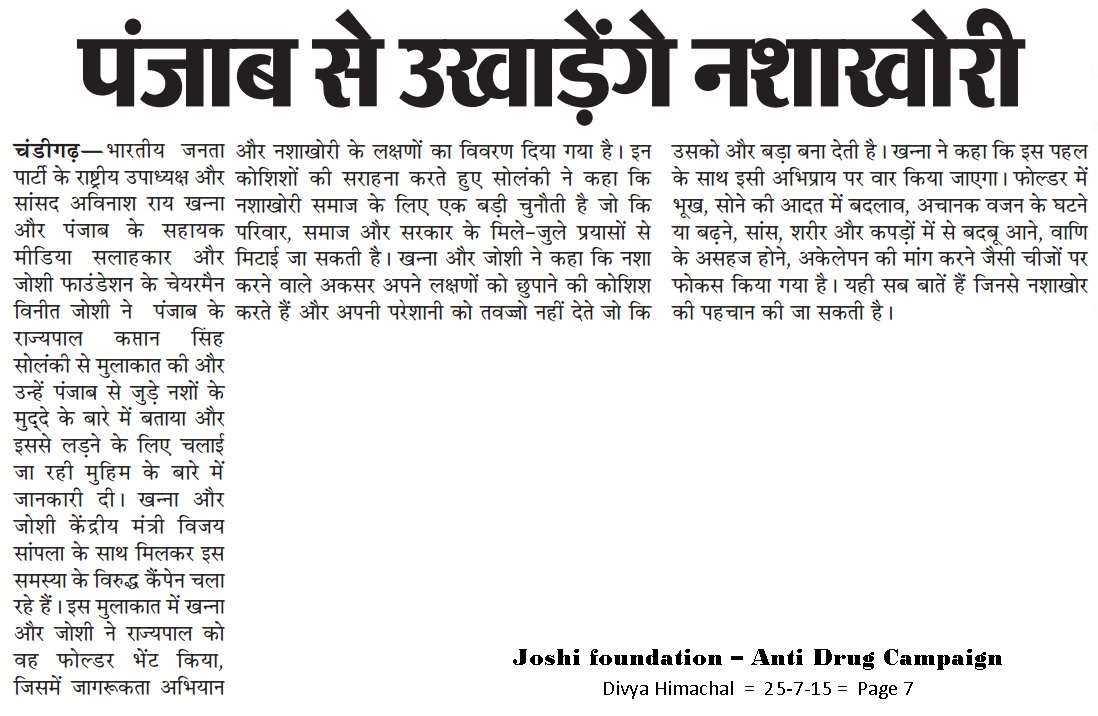 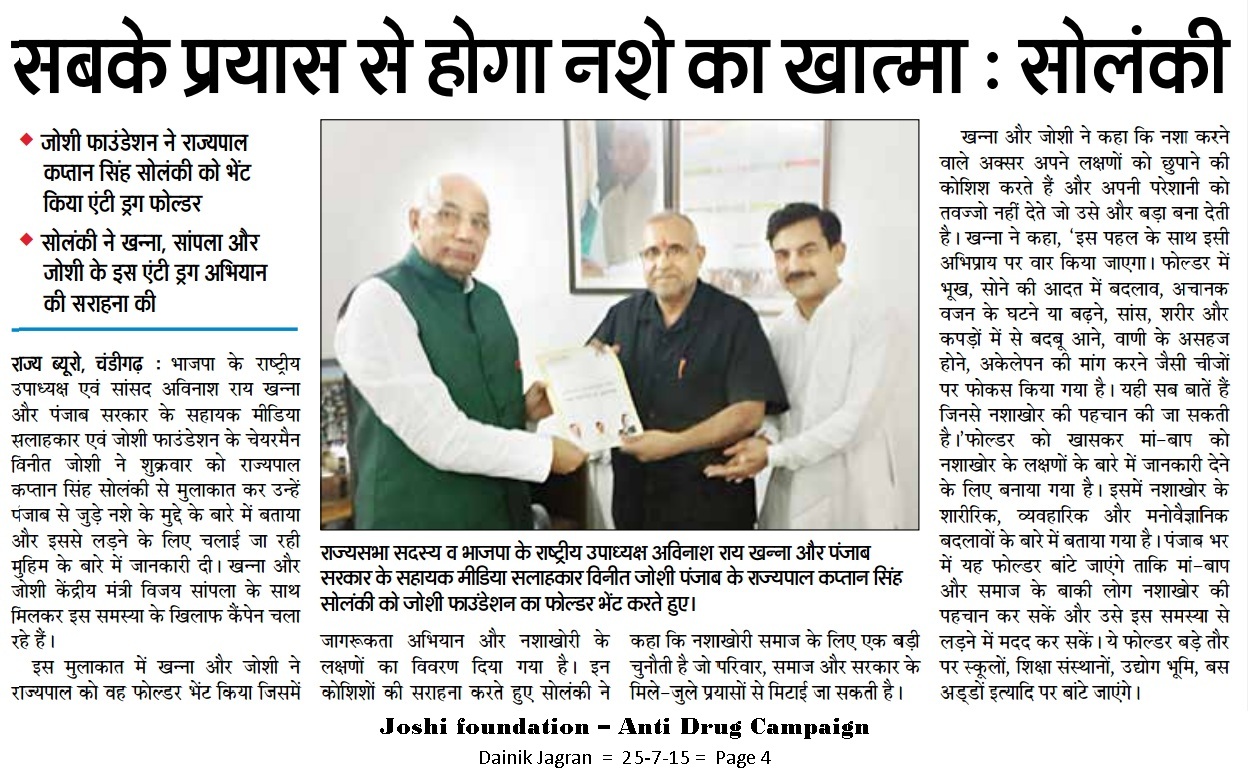 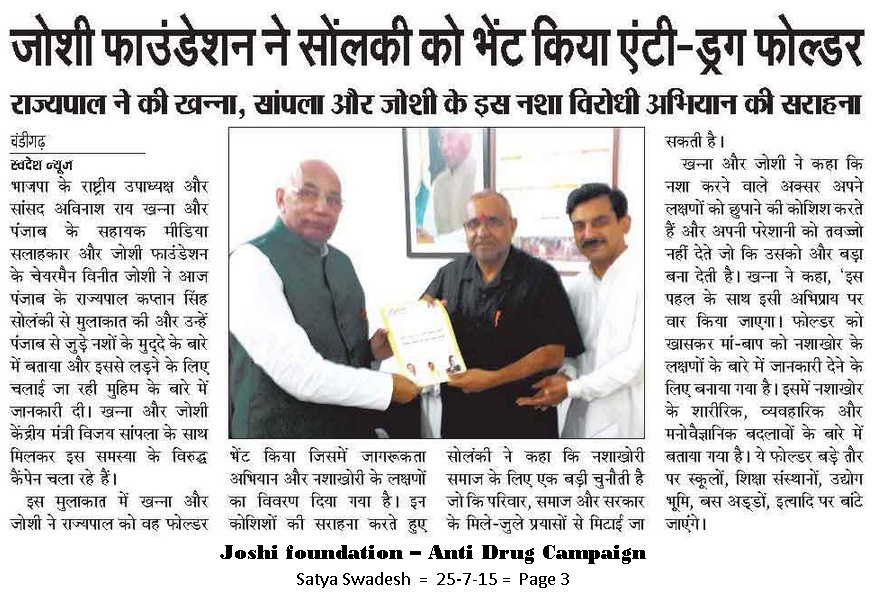 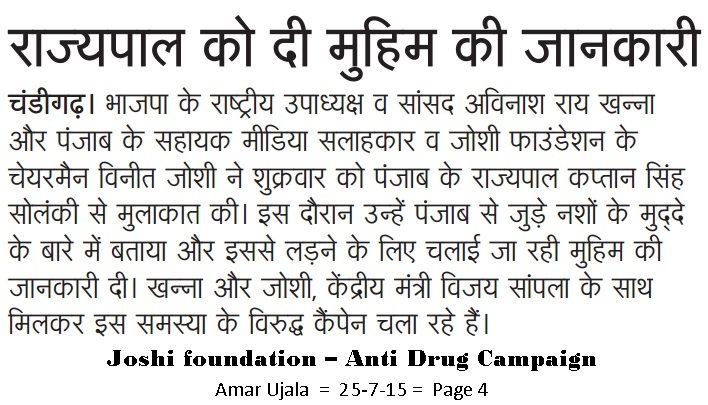 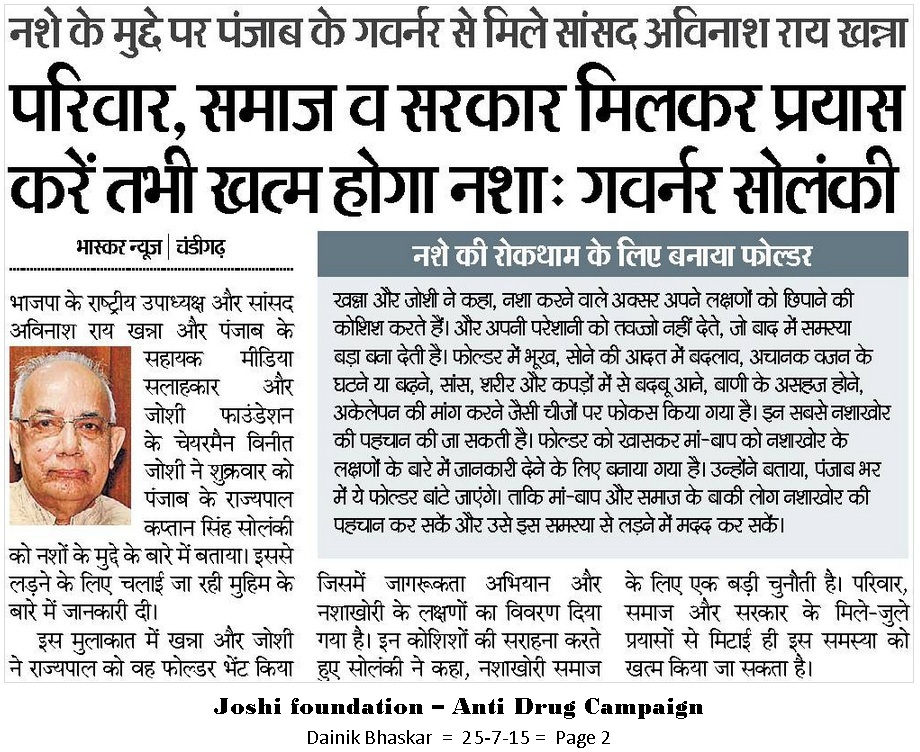 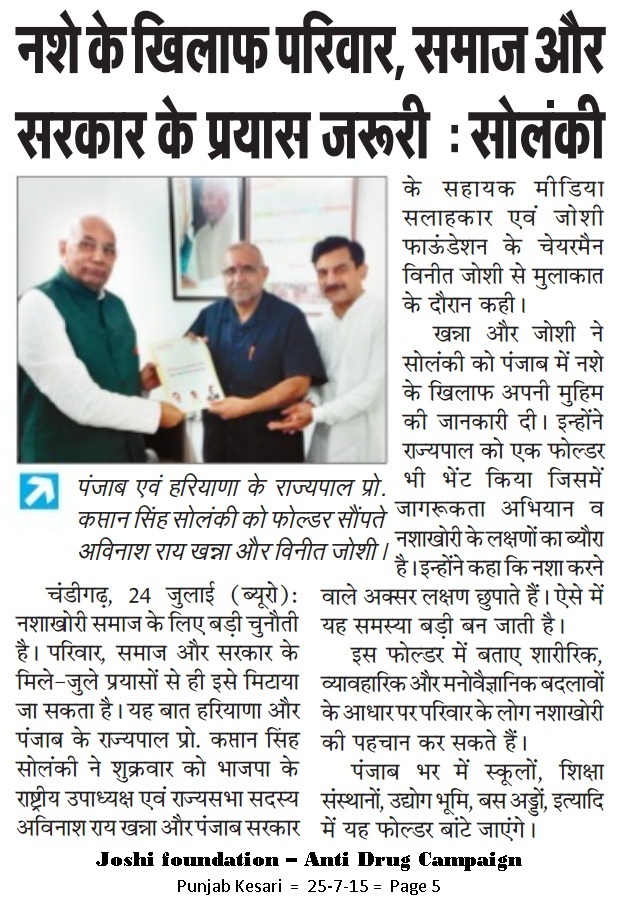 During the meeting with Governor Punjab Kaptan Singh Solanki, Khanna and Joshi gave him folder containing material on awareness campaign being held to detect early signs of drug addiction in people around us. Khanna and Joshi are holding  this campaign in collaboration with Union Minister of State Vijay Sampla. Appreciating the efforts of Khanna, Sampla and Joshi the Governor Kaptan Singh Solanki said that drug addiction is a challenge for society, which needed collaborative efforts of parents, society and government to rot out the evil from system.

Khanna said that the drug abusers often conceal their symptoms and downplay their problem which escalates into bigger mental and health issues. “The folder contains information that warns parents and other well-aware people of the symptoms an addict exhibits. It talks about changes in appetite or sleep patterns, sudden weight loss or weight gain, unusual smells on breath, body or clothing, slurred speech, demand for more privacy which could be some significant indications that could assist in identification of a drug abuser,” Khanna and Joshi said.

The leaders said these folders are being distributed among parents to ensure identification and intervention by members of the civil society to help people battling drugs. These would also be widely circulated in schools, educational institutes, industrial workplaces, markers, bus stands etc.