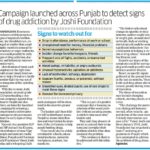 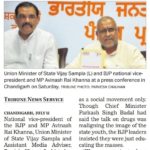 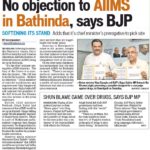 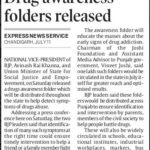 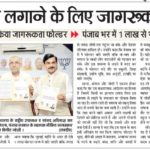 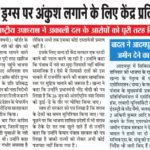 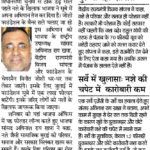 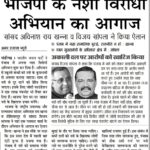 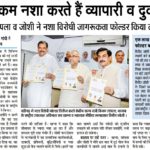 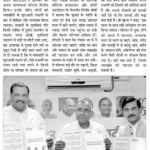 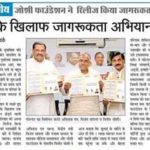 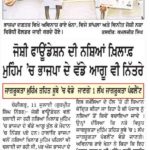 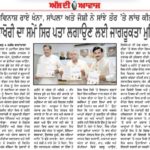 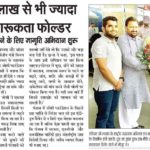 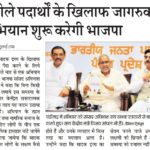 If someone known to you exhibits perpetual signs of impaired coordination, has bloodshot eyes, enlarged or smaller than usual pupils, manifests unusual hyperactivity or unpredictable anger outbursts, these could possibly be early signs of drug addiction, doctors and behavioral interventionists warn.

Identification of many of such symptoms at the right time could ensure timely intervention to help a friend or a family member fight his way out of the dungeons of this spiraling menace.

With this in mind, Joshi Foundation- an avant-grade NGO spearheading a vivacious campaign against drug abuse in Punjab and elsewhere, today released an awareness folder to educate the masses about these early signs of drug addiction.

The leaders said these folders will be distributed across Punjab to ensure identification and intervention by parents, members of the civil society to help people battling drugs. These would also be widely circulated in schools, educational institutes, industrial workplaces, markers, bus stands, etc.

“This is a part of a positive campaign that is focusing on solutions of this vexed problem without accusing anyone. A stitch in time saves nine,” Khanna, Sampla and Joshi said.

They said drug abusers often try to conceal their symptoms and downplay their problem which is what often escalated the problem. “This tendency is likely to be addressed with this initiative. The folders talks about changes in appetite or sleep patterns, sudden weight loss or weight gain, unusual smells on breath, body or clothing, slurred speech, demand for more privacy which could be some significant indications that could assist in helping a victim of drug abuse,” Avinash Rai Khanna said.

Joshi Foundation’s persistent six months anti-drug campaign in Punjab is not only bringing about a change for good, it is for the first time that International Drug Abuse and Illicit Trafficking Day was observed in Punjab by the Government, NGOs and political parties.

Based on specific inputs gathered at the ground level in the last six months, Khanna, Sampla & Joshi said drug abuse also increases greatly during times of transition, such as changing schools, moving places, or divorce. “The challenge for parents is to distinguish between normal, often volatile, ups and downs of the teen years. A timely intervention can save a life,” Khanna, Sampla & Joshi said. Experts also say these signals are indicative and could overlap with likelihood of other diseases as well.